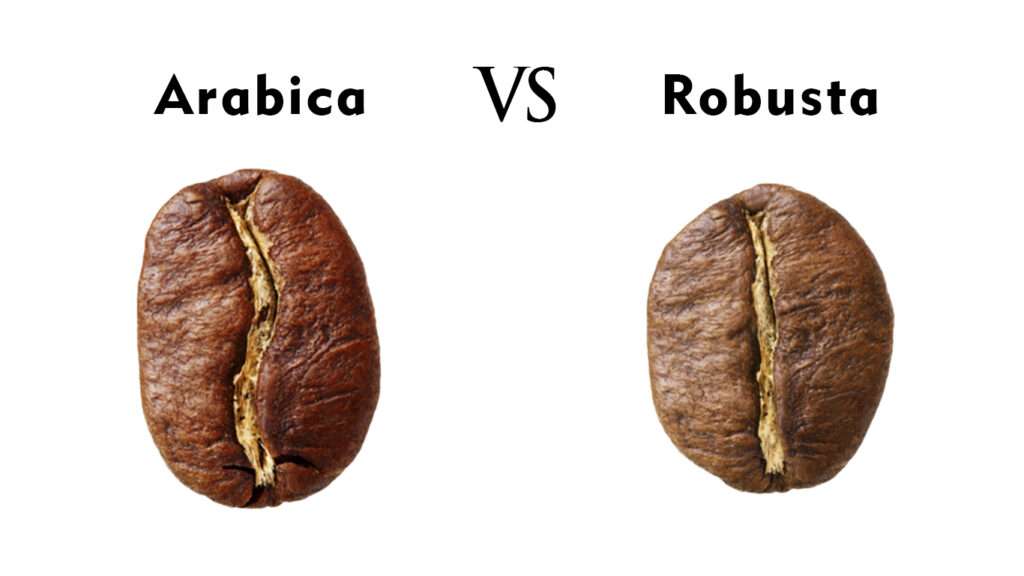 Coffee today is available in various forms and all of its forms are loved equally by the people. It has been a go-to drink for ages but with so many flavors, desserts made from coffee, and several other forms in which it is consumed, we haven’t dived deeper into the origin of coffee. When it is the origin of coffee that we are talking about, we must mention the Arabica and Robusta coffee beans. These are the two most common types of coffees found in the market yet we aren’t much aware of the difference between the two. Let’s dig deep into this to know which of these two should be your next pick.

As the name suggests, Arabica coffee is also known as Arabian coffee, as it comes from the Arabica plant. It is said that it is the first cultivated coffee species. Its origin lies in Ethiopia but is grown worldwide especially in countries like Brazil and Indonesia as they have tropical conditions and high elevations that are appropriate for the growth of Arabica coffee plants. Arabica beans are further subdivided into two categories- Typica and Bourbon.

Now coming to the second most preferred coffee type, Robusta coffee originally comes from the plant Coffea Canephora. This species makes up for 40% of global coffee production. It was initially grown in Sub-Saharan Africa and later its production also began in the east, especially in Indonesia, Vietnam and Africa. Apart from their origin and places of cultivation, the most common differences between the two beans are that of the flavor and characteristics.

Robusta tastes like oatmeal while unroasted Robusta beans smell like raw peanuts. Depending on its variety, Arabica beans have a varied taste range. They can taste sweet- soft and even have a tangy taste. When roasted, they give out a slightly fruity smell which is usually sweet. Both the beans have a different set of unique characteristics. For example, Robusta beans offer great immunity to diseases and are also more resilient plant than Arabica.

When talking of coffee, it is necessary to mention the word ‘Caffeine’. The Arabica species of coffee has a lower percentage of caffeine- usually around 1.2- 1.5% while Robusta comparatively, has a higher percentage of caffeine that is around 2.2-2.7%. Because of its fine taste and quality, Arabica beans are considered superior to Robusta beans. Hence, Robusta is easier to produce and also cheaper one. Arabica because of its superiority and more requirement of production energy is usually more expensive to produce.

While it depends entirely on an individual’s choice, there is honestly no superior species of coffee. Those who want their coffee to taste sweeter prefer Arabica beans while those who prefer the traditional coffee flavor which is generally a bitter flavor, enjoy consuming Robusta coffee more. Coffee in any form is always a good idea but having one’s own taste is equally important. Having said that, if you like your coffee sweet and fruity, you should go for Arabica beans and if you wish to experience earthy and bitter flavored coffee, Robusta is the right pick for you.